Nothing will ever be the same again after the pandemic, and no other industry felt this quite like the wedding industry did. It was one of the fastest-growing commerce until the outbreak happened, and it was expected to grow even bigger in the years to come. Now it seems this prediction will take a lot of hard work to materialize. It’s not only because health restrictions still make it impossible for couples to have their grand fairy-tale weddings. The pandemic has forced them to make many difficult decisions that could create a ripple effect in the industry.

While COVID-19 is far from gone, it’s worth noting just how much difference a global health crisis made and will continue to make for vendors and couples alike.

Marriage proposals were everywhere in the months leading to the conclusion of 2020. Even the New Year was welcomed with many “I do’s,” which means that the global marriage statistics aren’t going to dip just because of a crisis. In fact, it may very well be the reason people are fast-tracking their plans and opting to pop the question sooner than they planned.

The pandemic proved to everyone that the future is always uncertain, and this drove many people to go down on one knee to face this uncertainty with their special someone. Unlike in previous years, there are fewer gimmicks and more sentiment brought into proposals. Some couples got engaged at home and announced to their families via video call.

Friends and families who couldn’t fly out made an effort to connect online, and the event became more personal than impressive. Budgets that were once spent on restaurant reservations and resort bookings were redirected to an engagement ring and private dinners for two.

With more and more couples sharing these kinds of stories on social media, even the process of getting engaged just became that less extravagant (save for the ring and other gifts) over the course of the pandemic.

Many couples decided to postpone indefinitely, but a lot more decided to push through with theirs when the opportunity arose. For the latter, the stories are similar: downscaling everything to the bare minimum to make sure all the important people and attractions were there became the priority. They got rid of the fancy things and opted for ways to create lasting memories.

And while this significantly reduced wedding costs, a huge chunk was redirected to sanitation equipment. Couples became strategic on ensuring each guest’s safety by including masks and even PPE when they sent out their invitations.  They also had to coordinate with their venues to ensure that health protocols were followed throughout the event.

Vendors have repackaged their products and services to cater to the increased need for safety, which meant equipping their own staff and crew with protective gear. The fewer guests and shorter receptions aren’t exactly ideal for wedding suppliers, but the industry members are expected to adapt better in 2021.

Of course, some vendors weren’t able to adapt and all. Couples who made deposits before the pandemic can’t get a refund on their non-operational suppliers, and they had to plan from scratch again. Still, some are holding out until the pandemic ends so that they can have their dream wedding, albeit the evolving situation is compelling them to make creative choices in downsizing their wedding. 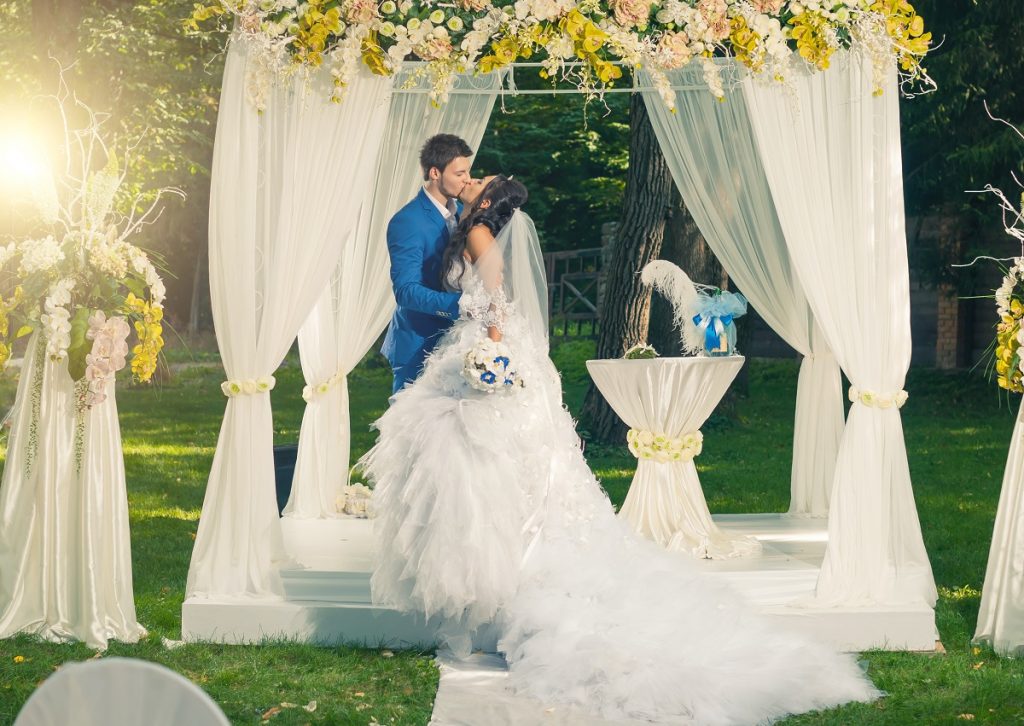 The increased awareness about climate change has reached even the wedding industry. Vendors are making plant-based menus available to cater to the growing number of vegetarian and vegan couples. Suppliers of wedding gowns, accessories, décor, and souvenirs are also marketing eco-friendly options.

The “zero-waste” and “secondhand” themes became the big trend, pushing thrift stores at the forefront of people’s options. Vendors who include sustainability in their branding are seeing more clients than those who don’t. Fireworks, lanterns, balloons, and confetti are either ignored or replaced with repurposed materials. Think kites, pinwheels, and wildflower seed bombs.

Forget about customized tuxedos and bridesmaid dresses. Couples are being mindful of their guests’ expenses and encouraging them to recycle or upcycle clothes that are already in their wardrobe.

Wellness favors such as bath bombs, lotions, and soaps in sustainable packaging are also gaining popularity due to the times. They’re the most thoughtful and practical gesture couples can make to their well-wishers, and, so far, they’re the most appreciated.

Couples and vendors alike are better off embracing the shift in the industry than going against it. With the end of the pandemic still not in sight, engagements and weddings are expected to be more private, practical, and sustainable in the coming years as a testament to the lessons learned in 2020.