When you think of an anchor tattoo, you may be thinking of Popeye the Sailor Man and the tattoo on his disproportionately buff arms. But don’t be fooled by the stereotypical sailor: the anchor tattoo is not limited to sailors and the men who work in maritime.

These days, men and women can rock a simple anchor tattoo without questions like “So do you work on a ship?” getting thrown at them. And although an anchor tattoo design can be popular for the Nautical Normans, there are plenty of reasons to get an anchor tattoo the next time you visit your tattoo artist.

I mean, just take a look at all these meanings that an anchor tattoo symbolizes, and you’ll see.

I don’t want to weigh you down with too much information about anchors, but here’s what you ought to know before getting inked with one.

Anchors are built to sink to the bottom of the seabed to prevent a ship, boat, or any water-based vessel from drifting away due to currents or wind. The typical anchor can be recognized by its to hooks at its sides and one loop at the top, but there are different types of anchors depending on the type and size of the vessel it’s connected to. 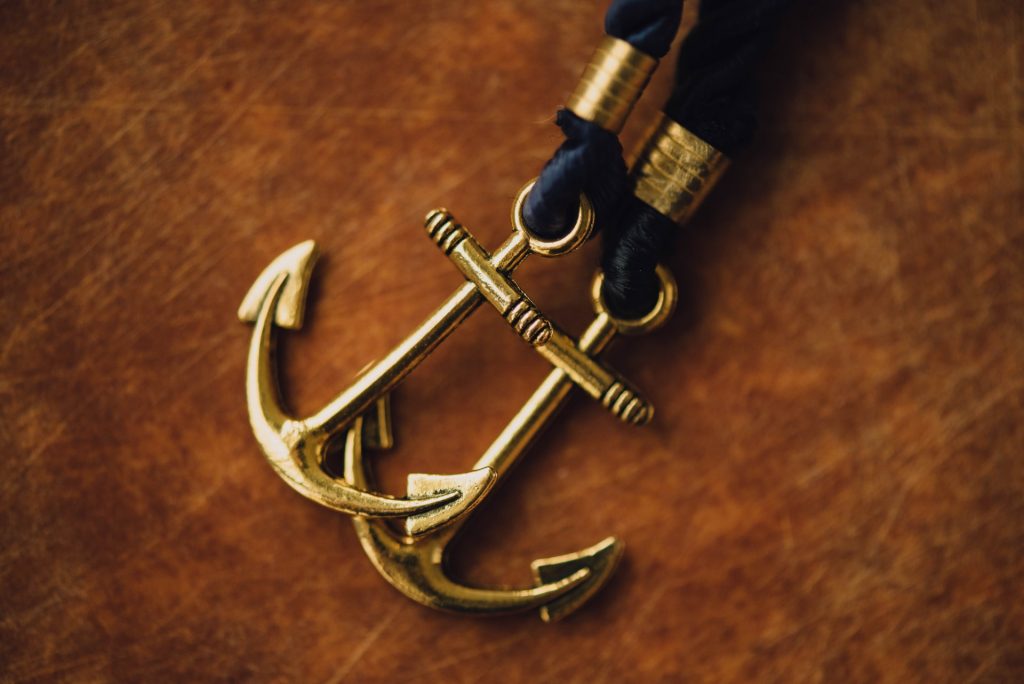 But you already knew that, didn’t you? That’s because anchors today are pretty popularly associated with nautical and maritime themes. Which makes them a popular choice for people who work in the open waters.

Anchor tattoos are not popular just to sailors and members of the Navy, but also people like maritime wildlife conservationists, lighthouse caretakers, fishermen, vessel captains, coastguards and professional or hobbyist surfers and divers.

When the waves are a part of your soul, no other tattoo but an anchor will do.

If you’ve ever gone surfing or swimming at the beach, you know just how powerful the waves can get and push you back when you’re trying to walk towards the deeper end. But unless you’ve been caught in the storm in the middle of the ocean, you’ve barely scratched the surface of how unforgiving the water can get.

Waves can get so large and powerful that even the biggest of freight vessels can be pushed aside. This is where endurance and determination come into play in the form of anchors.

An anchor tattoo represents the unwavering spirit of those who won’t be pushed. In your life, what’s the wave that’s pushing you and trying to drift you from where you want to be?

Whether it’s money troubles that are making life difficult or toxic relationships with people who are pulling you down, you’re now the take-no-shit kind of person unmoved by whatever gets in their way.

If you know you’re doing the right thing or you stand for what you believe in, an anchor tattoo is the perfect way to symbolize your steadfast reserve.

In this crazy, unsure world, there’s no telling what tomorrow holds. But you’re the type of person who prefers stability and safety not just for themselves, but for the people they love. And despite what people say about taking the plunge, you’re not willing to take risks when the stakes are too high for you. 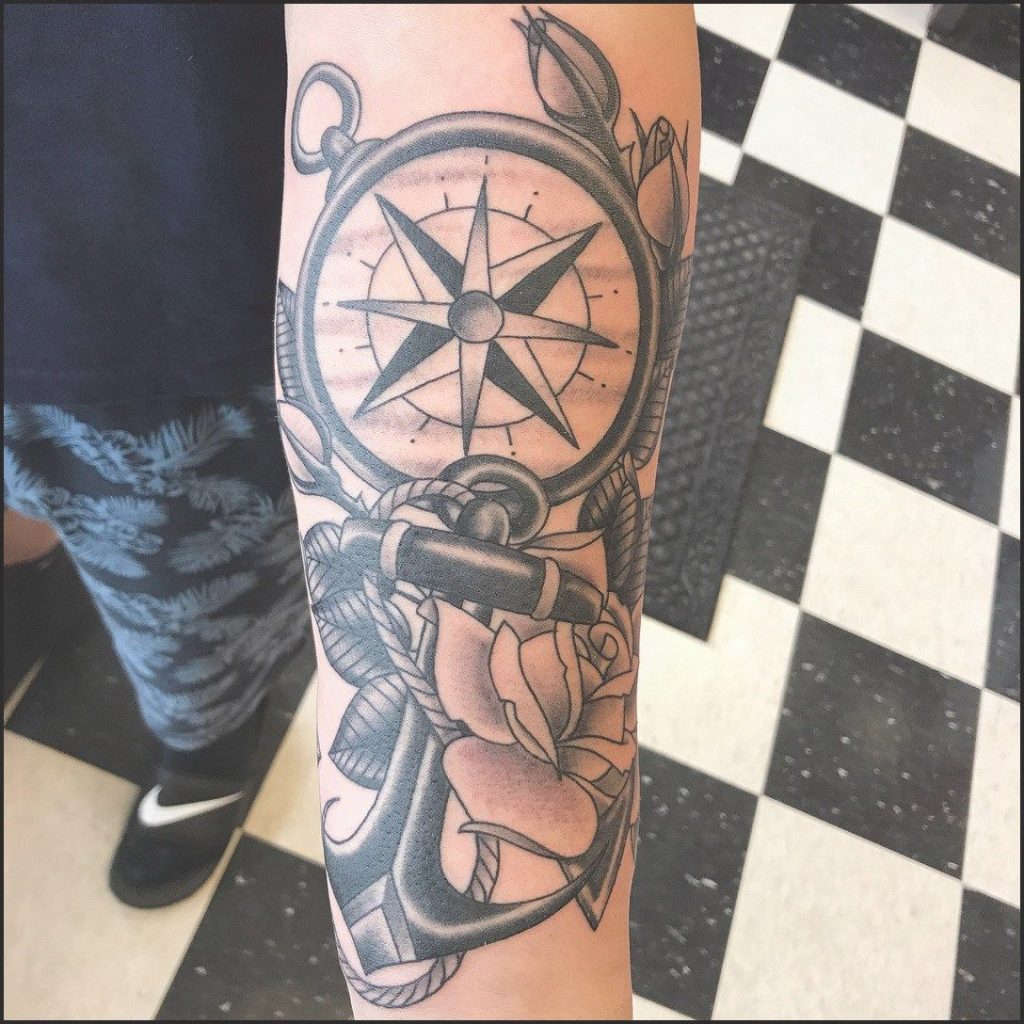 And in a sea capable of rising waves higher than the average house, an anchor is capable of keeping a ship steady. Stability is essential for any anchor, otherwise it wouldn’t really be doing its job, would it?

Stability means different things for everyone.

To a single parent, it means getting a roof over your kids’ heads. To a new small business owner, it means their business taking off. Or, to a student, stability simply means getting through four years of hell in order to obtain a diploma that can get them a chance at a better future.

Like Popeye and Olive Oyl, the love of someone with an anchor tattoo is believed to be eternal and faithful. Like the anchors that are steadfast and keeping a ship stationed at bay, an anchor is a symbol of how your lover’s heart is only in one place — and that’s with you.

When the waves are particularly strong and the ship is caught in a storm, an anchor doesn’t leave its ship and wander off to find a younger boat in the better part of the ocean. It doesn’t tell the ship it’ll be back after the storm and leaves the ship to deal with the waves, thunder and lightning alone. It stays put on the ocean floor and withstand the storm together with the ship while keeping it in place.

It’s the perfect symbol for those who want to commemorate their true, undying love for their lover. But take note, ladies: it takes two to tango. Just because Popeye was the one brandishing the tattoo that didn’t mean Olive loved him less than he loved her. Anchor tattoos are not just for guys, it’s also a great idea for women who want to show their love with a tattoo, too!

Roping for Some Hope

It’s a fact of life that you’ll experience days or weeks that just straight-up suck. And some days will suck more than others. If you’ve already experienced these days (you have), you may have found it difficult to continue on and follow your goals. 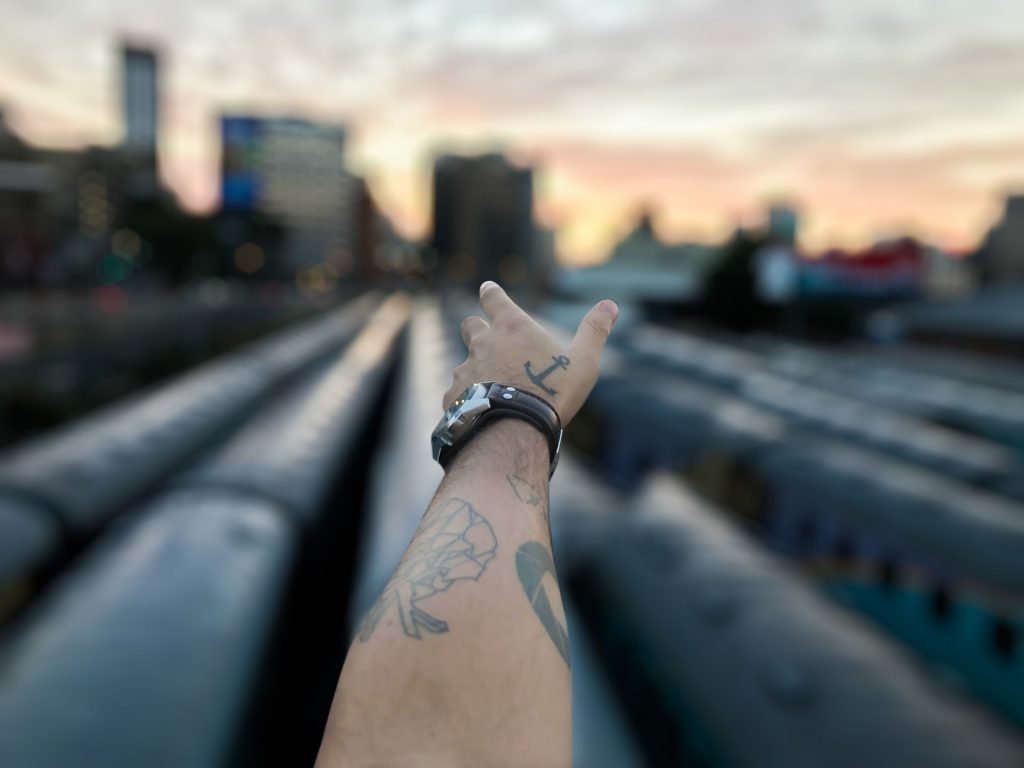 It’s not easy, working in open waters. Anchors experience both good sunny days and bad days. But when the day gets bad, anchors don’t give up easily (if it did, we’d have found another way to keep vessels firm). This makes them a good symbol of hope to wait out the bad days and hope for better days after the storm.

You may not know this, but the popular anchor design actually has a specific name: the anchored cross. Though there are plenty of anchor designs, this one became the most popular one most likely because of its ties to Christian beliefs.

According to several passages in the Bible, anchors were already a symbol of safety, steadfastness and hope back in the early days. When the Christians were under Roman persecution and the Cross was not used out of fear of getting caught, the Christians used anchors to show their faith.

Before a ship can set sail, the first thing the crew’s gotta do is raise the anchor. Otherwise, the anchor’s gonna scrape the seabed and make it difficult for the ship to set sail (and those inside the ship will get to experience a pretty bumpy ride). 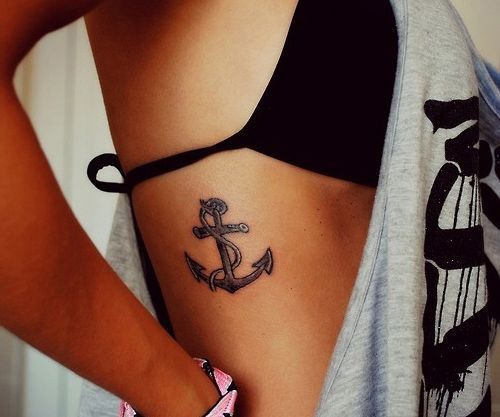 A tattoo of a raised anchor symbolizes that the biggest hindrances have been hoisted and are no longer dragging you down.

Have you kicked a bad vice to the curb? Said goodbye to someone who undermined you and made you think less of yourself? Or have you moved to a better location to help you achieve your goals? Then, celebrate these milestones with an anchor raised above the water as nothing is dragging you back from going full throttle.

Anchor-aged to Get an Anchor Tattoo?

Whether you’re a man or woman looking to get an anchor tattoo, its meaning is the same: one who is steadfast, strong, and loyal, and true to their word.

If a simple anchor tattoo is too plain, consider combining an anchor with another tattoo design. A compass tattoo can drive the nautical theme further. Or a butterfly-and-anchor tattoo design may seem bizarre, but it can strengthen the idea that you’ve transformed yourself into someone better now that you’ve raised the anchors in your life.

The sky’s the limit. Find the right anchor tattoo design that says what you want it to symbolize.