The Meaning and Symbolism of an Owl Tattoo

Owls are one of the most mysterious birds in the world. Despite their cuddly representations on kids’ TV, owls are vicious birds of prey that feed on small mammals, fishes and smaller types of birds. Their feathers make them silent flyers in the night, perfect for their nocturnal behavior, predatory instincts and ability to hunt prey through sound.

Let’s talk about what an owl tattoo symbolizes.

Owls have plenty of defining traits, thus, as you’ll later see, there are plenty of positive and negative depictions of them. You can identify an owl with its upright stance, a hawk-like beak, and broad flat head. Different types of owls are found all around the world except for the ice caps and some remote islands. 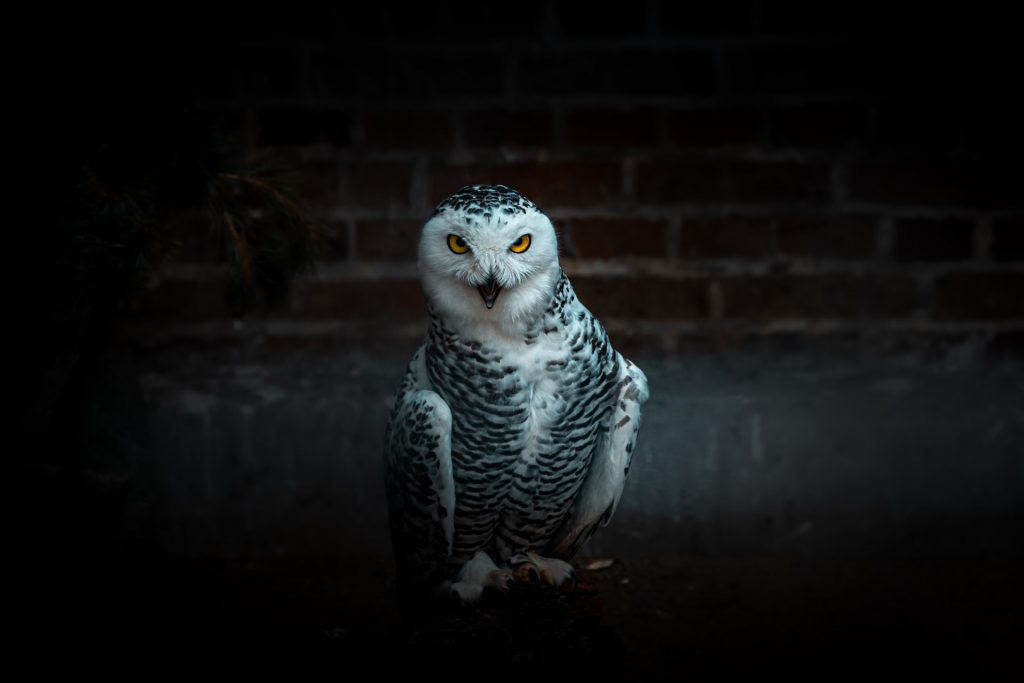 They are solitary birds, which means that unlike the flocks of birds you normally see in the skies, owls prefer to be alone or with a few other owls. So owls can symbolize independence or the ability to live alone without anyone holding them back.

Unlike smaller birds that are omnivorous and feast on worms and insects, owls are birds of prey. Their talons are sharp, and their feathers are built for silent flight. They’re nocturnal animals, and their good hearing makes them dangerous predators to their prey when they hunt at night.

Owls are carnivorous animals; their diets can consist of frogs, rodents, rabbits, squirrels, fish, smaller birds and other small animals. So contrary to their fluffy build and cuddly portrayals on TV, owls are more vicious than they appear to be.Someone with an owl tattoo may use this to indicate that although they are quiet and do not look threatening, they are not to be messed withand will fight back when necessary.

The United States does not allow just anyone to legally own an owl. State law varies, but generally speaking, most states do not allow private individuals to own an owl, and those that do allow owls have tight regulations on permits, on the purposes for owning an owl, and having it checked by a veterinarian often.

Female owls are larger than males. One theory that explains this is owls are observed to be roughly the same size as their prey. It’s a female owl’s job to stay at the nest and protect their eggs and younglings while a male owl forages for food. 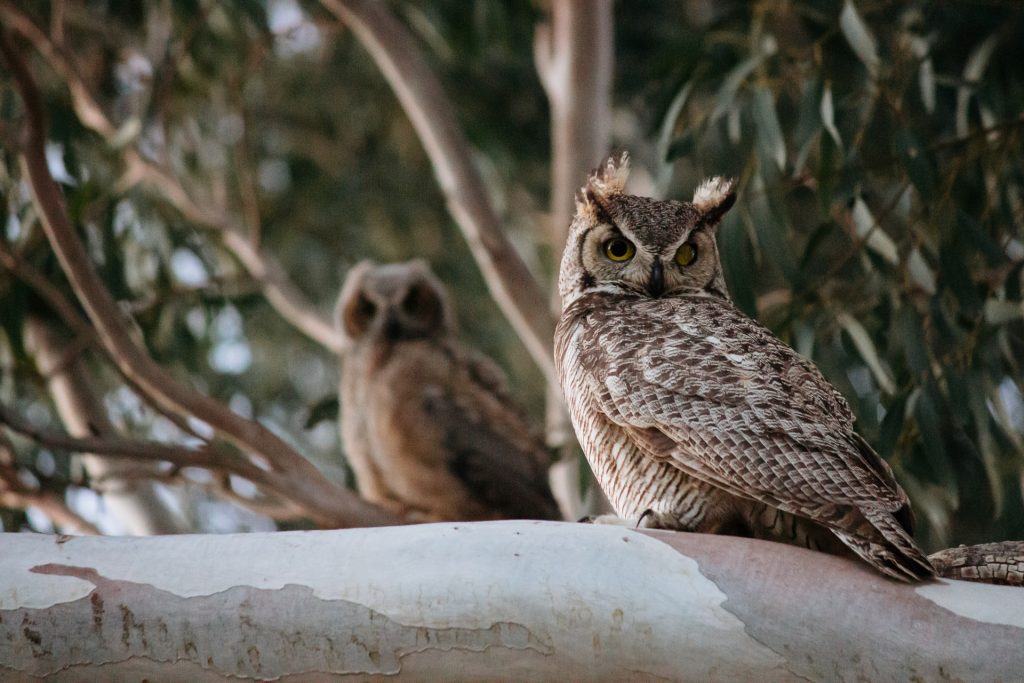 Smaller males are supposedly preferred as mates because they have increased agility and speed to catch their prey.

Another theory on females being bigger is that they’re expected to stay in the nest while their male mate forages. Because they cannot leave the nest to hunt, they have to survive longer without starving, thus larger females are preferred. Larger female owls are also capable of dismembering their prey and feeding it to their young.

Matching owl tattoos for couples may be a good symbol.

Lately, there has been an increase in the stigma of stay-at-home moms and housewives. Like owls, you and your partner may have similar roles, and there’s nothing wrong with that if both of you are happy with it.

The Kikuyu, a Bantu ethnic group in Kenya, believed owls were a bad omen. They were said to be harbingers of misfortune, poor health, or even death. In their superstition, it was believed that if you saw an owl or heard it hoot, it was a sign you, someone you know, or someone in the area was going to die soon. 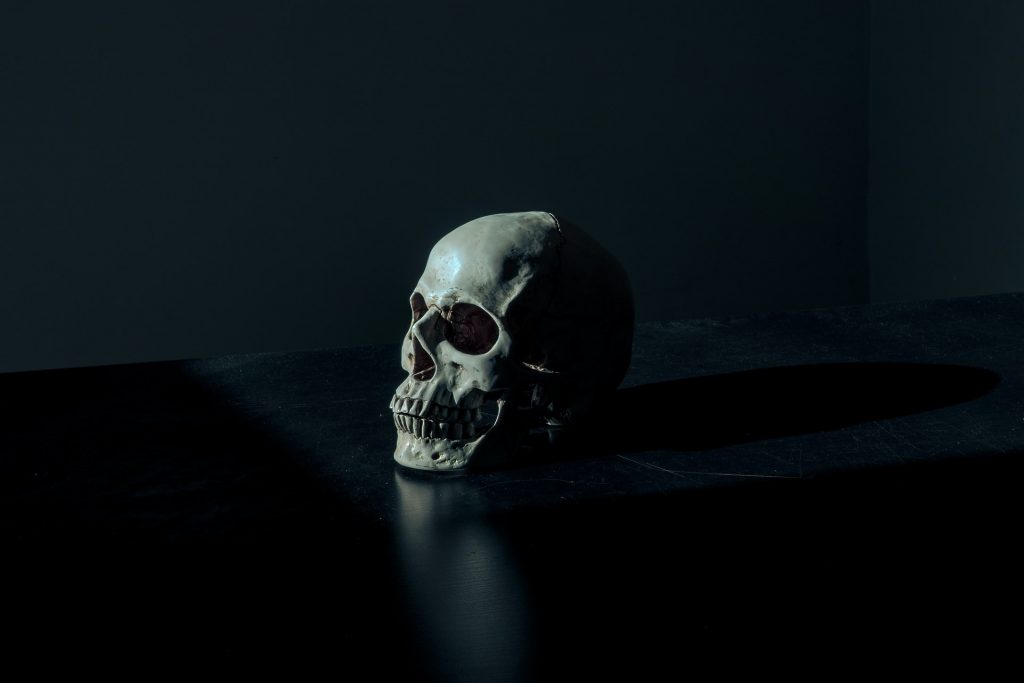 Because of this, it’s best to avoid owl tattoos if you are close to someone who practices this African culture. This belief is still widespread in the Kikuyu and several other ethnic groups in Africa, so it may be best to stay away from owls out of respect.

By the late 19th century, owls were considered an evil omen associated with misfortune, death and abominations. Owls were seen as monstrous birds due to their nocturnal and predatory instincts and were believed to be monsters of the night. Even the Roman poet Virgil called its hooting a “death howl”.

In East Asia, owls are believed to be a good omen. In one Mongolian tale, it was said that Genghis Khan was hiding from his enemies in a small coppice in the forest when an owl roosted in the tree he was hiding in. Believing that no owl would roost in a tree occupied by a man, his enemies assumed no one was hiding in there and left. 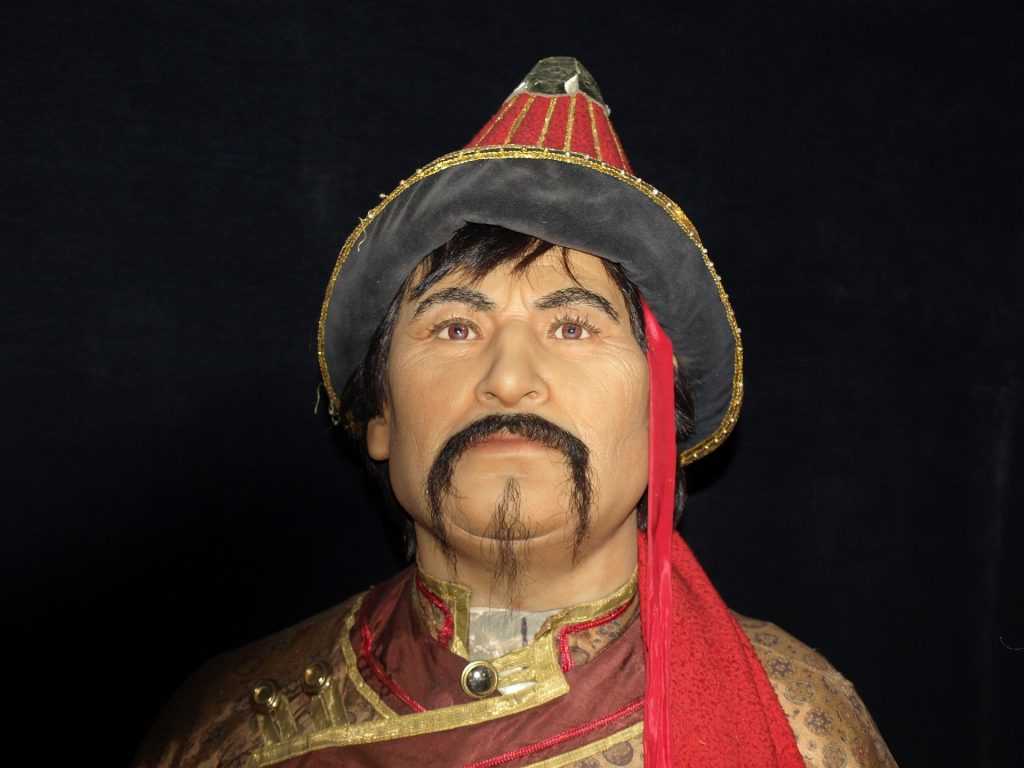 In Japan, owls are believed to bring luck and fortune. However, instead of a tattoo, modern Japanese people opt to carry talismans and charms that have an owl drawn on them.

Owls are often associated with wisdom in Greek Mythology. This is because Athena was often depicted accompanied by a little owl only known as the Owl of Athena. Athena is the goddess of wisdom, thus associating owls with knowledge, wisdom and shrewdness in the west.

It’s unclear why Greek Mythology associated owls with the goddess of wisdom, but historians point to three probabilities. 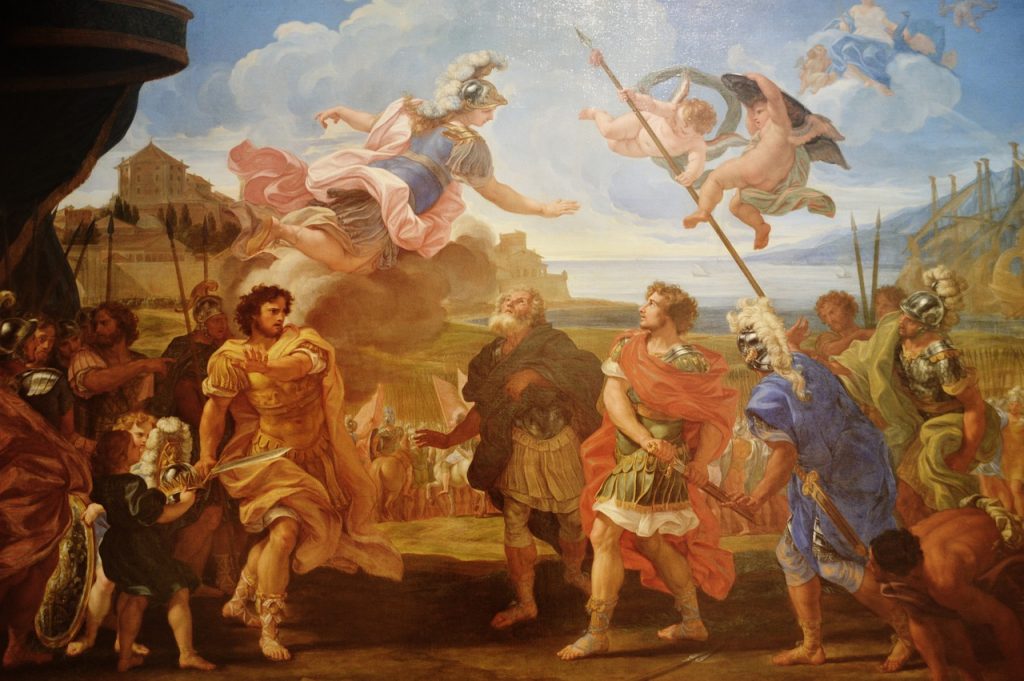 First, it’s plausible that Athena’s origins came from either an Old European or a Minoan goddess that were associated with birds. Second, an owl’s ability to see in the dark was a metaphor for wisdom. And third, it could simply be a reference to the city of Athens, named after Athena, and the number of little owls in the area.

Aside from wisdom, Athena was also believed to be the goddess of war even though Ares had the dominant role as the god of war. It was believed that when owls flew with an army, it was a sign that they had Athena’s blessing with them in battle.

Roman Mythology took the Greeks’ Athena and adapted her into their own goddess, Minerva the Roman goddess of wisdom. Minerva also had her own Owl of Minerva, but instead of associating it with wisdom, it was merely Athena’s favorite bird that came from a princess named Nyctimene.

In one Roman mythology, it’s said that Nyctimene was the daughter of Epopeus, the king of Lesbos. After she was raped by her father, Nyctimene fled to the forest and refused to come out in the daylight. Minerva took pity on her and turned her into an owl. But Nyctimene was still so ashamed that, even as a bird, she will not be seen in daylight. 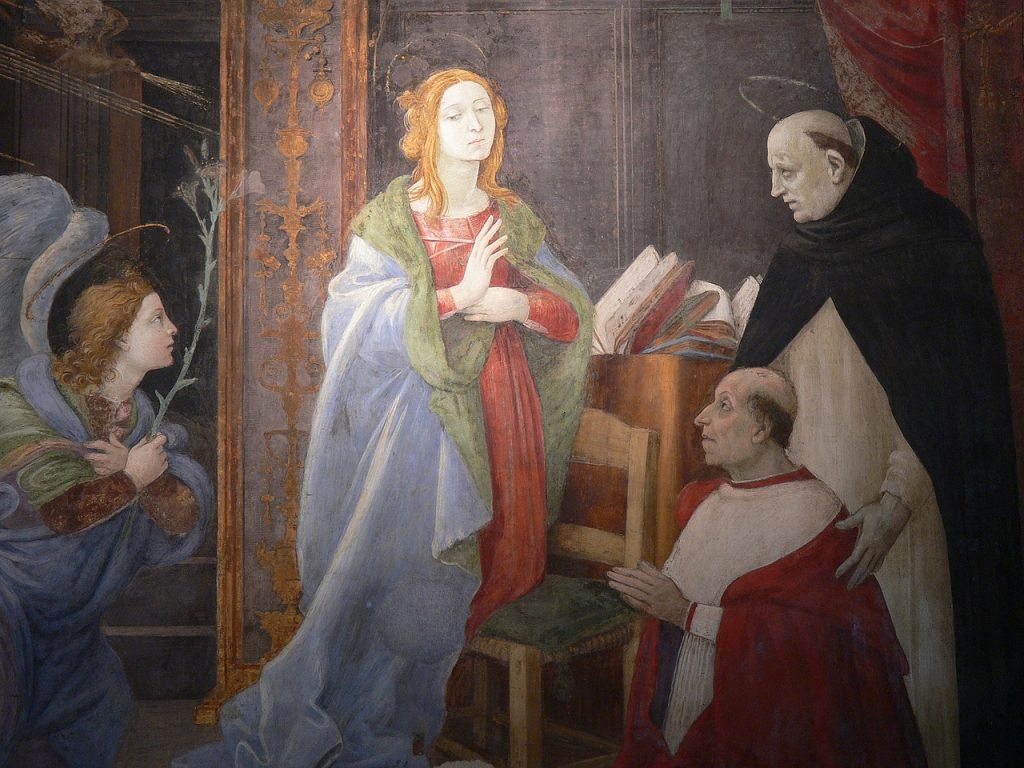 Oddly, though, while Greek Mythology believed owls were a sign of Athena’s blessings, the Romans considered owls a bad omen. It was believed that if an owl hooted while perched on someone’s roof, it meant someone in that house was going to die soon.

It was also believed that if you placed an owl’s feather near someone sleeping, you could get them to reveal their secrets. So, an owl’s feather tattoo could mean honesty, or it symbolizes that you’re the type of person who never hides secrets.

Hinduism sees owls as a sacred object as they were the vahana (or an animal entity used by deities to navigate the world) of the goddess Lakshmi. Lakshmi is the goddess of many things, including wealth, fortune, love, beauty and prosperity. So, by association, owls are associated with these positive concepts.

Native Americans saw owls as the bearer of supernatural danger. While westerners often warn their children of the bogeyman, Native American folklore warns children to behave or else the owls will pick them up.

In Apache and Seminole tribes, the sound of an owl hooting indicates that the bogeyman is outside. Children are then told to be quiet and remain indoors at night or else the owls will carry them away. Owls are also believed to carry messages or warnings to the living, especially if they have broken the laws of their tribe.

For the Aztecs and Mayan civilizations in Mesoamerica, owls were a bad omen of death, destruction, and misfortune. The Aztec god of death, Mictlantecuhtli, was portrayed with owls, while the Mayans believed that those in Xibalba (the underworld of their mythology) used owls as messengers.

In the Hočągara tribe, owls were said to be messengers or harbingers of the supernatural. It was said that when the Hočągara committed the grave sin of killing their enemies while in a place of sanctuary, an owl appeared and declared the tribe would have no more good luck. Eventually, the tribe declined. It was believed that an owl muttering the name of the only female chief, Glory of the Morning, is what led to her death.

So is it Good to Have an Owl Tattoo?

With so many positive and negative symbolism for owl tattoos, expect that a plain owl tattoo may be open to interpretation. Some may take it as a sign for wisdom, some will see that owl as your spirit animal, but others may see it as a sign of misfortune. Ultimately, an owl tattoo is what you make it to be, so choose one of the things an owl represents and claim it as your own.

Of course, combining an owl tattoo into a design with a different tattoo can change or enhance its meaning.

For example, the meaning of an owl and skull tattoo can be a reference to an owl’s death associations, so it is a memento mori reminding you that you will eventually die. You should live every day to the fullest. Memento mori does not have to be a bad thing; it can mean something more positive if you choose to make it that way.