The Skull and the Sword as a Tattoo: What It Says About You

There are two distinct objects that can represent life. And to have these objects turned into a design and tattooed unto your skin is to declare to the world that you have fully accepted what life holds in store. The only thing that life can promise is death. To have a skull and sword tattoo can serve as a metaphor for you and how you’ve understood what it means to live.

To Have a Head Above Your Shoulders

The skull, as a design, has been used in so many brands – it’s pretty much an understatement to say that it’s iconic. From headphones to rock and roll bands and comic book superheroes – the skull is an emblem for bad-assery. So, for you to get a skull tattoo – to have that symbol of being bad-ass inked on your skin forever – what does that say about your life choices?

I’m sure you have five words:

—and that is exactly why you have a skull tattoo!

But apart from being a very nice person who doesn’t care about what other people think, here are the other meanings behind a skull tattoo:

The Ultimate Weapon of Any Hero

The sword is just as prevalent an image as the skull when it comes to visual designs. From the oldest of epics to the most futuristic of fantasy and science fiction stories, the sword has been a powerful image. As a tattoo, the sword can bear several meanings, given its historic symbolisms.

The Skull and Sword on Your Skin 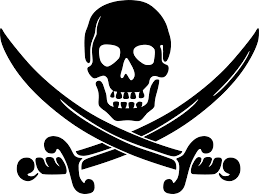 To have a tattoo bearing a skull and sword in the design is to express one’s self and the characteristics that they hold dear. Take, for instance, given the above mentioned meanings that either design may symbolize, a person with a skull and sword tattoo is someone who feels and thinks deeply about life and man. These people are those who have reflected, and those who continue to try and understand, what life really means.

The skull, as the ethereal symbol for death, is such an existentialist symbol, but it also showcases an aesthetic that boasts of fearlessness. The sword, meanwhile, is the logo for all things heroic. It may come off as archaic, but it is this attachment to age-old tales that the sword can effectively symbolize knightly, angelic traits like courage and honour, among others. The interweaving of these two established tattoo designs can produce several meanings, but if I saw a person with a skull and sword tattoo, one thing immediately comes to mind: He-Man and the Masters of the Universe.

Maybe, this is what the combination truly means – that we are the master of this universe.