History of Tie-Dye: Origins and Uses in Various Cultures

When it comes to dressing in and adding a touch of color to your wardrobe, recreating early wardrobe styles in African or Asian tradition, or just following the flower power style of fashion, you can never go wrong with tie-dyes. While factories have developed the style of simply printing out tie-dyed shirts that look exactly the same, tie-dye is actually a technique that stems back thousands of years in history in various civilizations.

If you’re interested in learning how to DIY your own tie-dye with an old white shirt, here’s an informative video from Mr. Otter Art Studio on four different ways to do it.

In this article, we explore the history and origins of the art of tie-dye and how other cultures across the world have used this technique to create their own styles.

The earliest known record of tie-dye is in Peru in South America. Evidence shows that tie-dye was a practice in the Pre-Columbian era as far as the Late Stone Age from 500 to 810 AD. While the scrap of cotton fabric is nearly old and its design has nearly faded when it was discovered in 2007, archaeologists could still see faint traces of the original design. It had been dyed indigo and, at one point in history, was embedded into a concrete-like material in the Huaca Prieta temple. The design had small circles and lines and used bright colors. It’s also evidence that proves blue coloring dates back over 6,000 years ago.

According to the archaeologists who found the scrap, the cloth was likely seen as a living object and was “sacrificed” to the temple where it was deposited. Several other temples have shown that the fabric was dyed blue, red, yellow, and white.

To understand how tie-dyes work, you need to first understand what resist dyeing is and how it helps tie-dyes in various methods across the world. Resist dyeing is a traditional method of dyeing patterns into fabrics by preventing dyes from staining the entire cloth. It was used in Egypt in the fourth century to dye blood and ashes into mummy wrappings and was also used for various purposes in China, India, Japan, Nigeria, and Senegal in the earlier periods.

In the video posted above, you can see how this is done in the bullseye style from the way the person creating the tie-dye ties and wraps segments into the shirt with rubber bands so that the color only stains certain portions of the shirt.

However, back in the earlier periods, most people who tie-dyed would use wax, starch or mud paste, or any clamp or block to shield fabrics from dyes. In Japan, Rōketsuzome is a wax used to resist dyeing, while Katazome, Yuzen, and Tsutsugaki are a rice-paste-based resistant for Shibori. In Indonesia and later Malaysia, they would Ikat, a form of dyeing using yarns tightly wrapped around the fabric.

Japanese and Indonesians practiced tie-dye as early as the 8th century, though most historians attribute this practice’s origins to the Japanese civilization. Emperor Shomu donated dyed cloth to the Todai-ji in Nara.

They called their technique “Shibori,” which used the same resist dyeing technique used in tie-dye to this day. There are multiple forms of shibori used to create different patterns:

These methods are labor intensive. While they’re much easier to do today with plenty of available technology, in early Japanese civilization, creating intricate dyes on fabric meant only doing elaborate patterns meant for intricate designs for kimonos.

China was recorded to have done tie-dyes in the T’ang Dynasty and Nara Period as early as the year 552. Dyes back then consisted of all-natural colors taken from berries, leaves, and flowers. These would be boiled until the color seeped into the water, and then the cloth would soak in the water until it turned into the desired shade.

Indian history traces tie-dye methods as early as the 6th century. The person making these Bandhanis would pluck cloth with their fingernails and then used ties and binds to form a design to be dyed in intricate designs.

While India’s Bandhani dates back as early as 4000 B.C. in the Indus Valley Civilization (much older than Peru’s tie-dyes), dyed fabric did not appear to have dyed dots until a 6th century painting depicting the Buddha wearing a dotted Bandhani design.

In historical texts, Alexander the Great was known to compliment the quality of Bandhani, calling the style a beautiful printed cotton of India. In the Harshacharita, a biography of the emperor Harsha, it was said that the first Bandhani saree was worn by the bride in a royal marriage. Thus, it was believed that wearing this type of saree brings good fortune to a bride. Today, sarees are used for many occasions and are commonly made with the Bandhani technique and is more commonly known as the Bandhej Saree.

The Bagobo tribe in the Philippines have existed prior to the country’s Spanish colonization. Because of their proximity to Malaysia and other Southeast Asian countries, they adapted Malaysia and Indonesia’s practice of Ikat, tying yarn before dyeing and weaving fabric. Today, many tribespeoples continue to dress as their ancestors did, sporting colorful designs with clothes made from the traditional method of Ikat made with hemp fiber.

Many West African countries have the tradition of wearing colorful clothing via tie-dye techniques. Unlike Asian countries, African culture wasn’t afraid to use bright and loud colors and had a unique way of forming their colors. To resist dye, the person making tie-dye would wind or tie strips of grass on the cloth. Instead of the intricate patterns of Asia, African tie-dye can be identified by the vibrant color and both wild and symmetrical patterns that sometimes bled out. While Asian tie-dyes were controlled, part of the beauty of African tie-dye was how random and natural it looked. 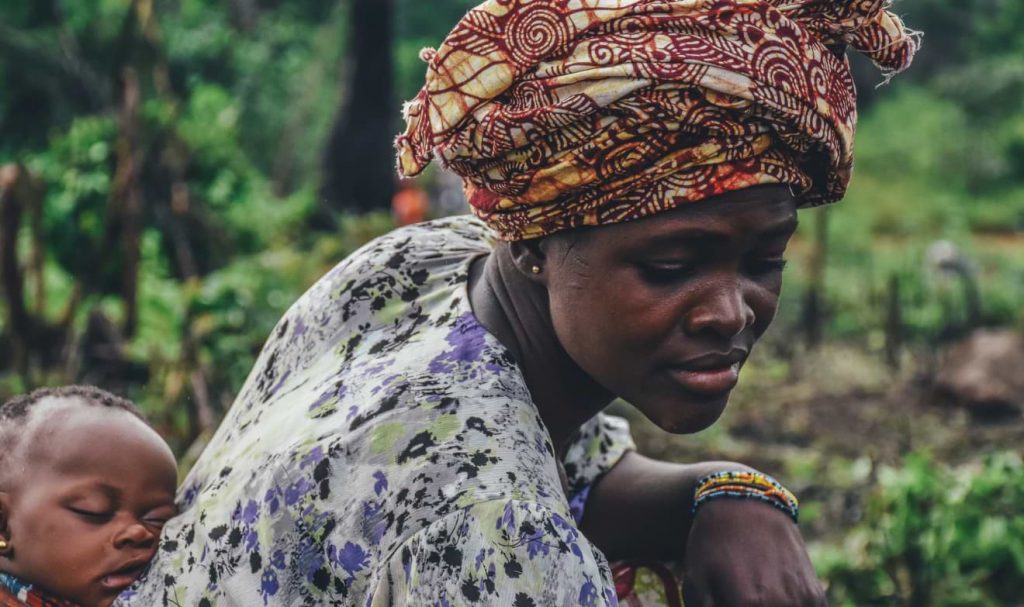 You can find African features such as Ashanti, Akan, or Adinkra symbols, which traces back to nature and the symbols their culture attaches to animals and plants. Because these symbols were limited to certain locations, you could tell where a person was from based on the symbols used in their pottery, clothing, and homes.

The first record of tie-dye in the United States was in 1901. Professor Charles E. Pellow showed his students tie-dyed muslin cloth, gave a lecture on tie-dyes in different cultures, and gave a live demonstration of how the tie-dye technique was commonly done. By the Roaring ‘20s, tie-dye designs had rose to popularity.

During the Great Depression of the 1930s when most Americans couldn’t afford luxuries such as decorations for their home, pamphlets were distributed explaining how people could DIY tie-dyes not only for their clothes but also for fabrics around the house. It explained how people could create tie-dye designs with common household items. Not only did it help women maintain the upkeep of their home during these troubled times (during this time, most women were still held responsible for the type of home they kept for their family), but it allowed them to find a way to make their belongings look new during economic turbulence when they couldn’t afford to buy new items.

Following the Great Depression, tie-dyes became less and less popular following World War II and more people going into austerity and seeing tie-dyes as a waste of resources. However, the ‘60s, known for being the hippie psychedelic era, brought back the trend and made it an icon of the decade that made people (wrongly) believe that tie-dyes were invented during that time.

When rock stars such as Janis Joplin and John Sebastian were sporting tie-dye dresses and self-made shirts, making DIY tie-dyes became popular once more. That era was about people sporting individuality, and because the tie-dye techniques known at the time weren’t as intricate as Asian tie-dye techniques, each tie-dyed garment was one-of-a-kind. The process of DIY tie-dyeing was also simple and inexpensive.

In the 2011 documentary Magic Trip, found footage of Ken Kesey showed hippies creating tie-dye shirts by pouring airplane paint into a pond and placing a t-shirt above the water’s surface. It’s a process similar to paper marbling than it is to traditional tie-dye techniques but produces similar results to tie-dyes. During this documentary, the travelers claim credit for inventing tie-dyeing, unaware that the technique had been invented way before.

Around this time, Rit rose to financial success and became a popular brand name for affordable and accessible dyes for garments in the ‘60s and ‘70s. Prior to the renaissance of the tie-dye trend, Rit was struggling to stay afloat despite the economic growth the US saw after the war. However, one of the company’s marketers, Don Price, launched a marketing campaign that made Rit synonymous with tie-dyes.

Price targeted Rit’s campaign towards Greenwich Village in New York City, an area crawling with hippies, artists, and free-spirited individuals. He personally went to homes in the area and asked artists if they would be willing to try Rit’s dyes for their tie-dyes. Eventually, he met artists Will and Eileen Richardson, who designed tie-dyed garments with Rit’s products.

Price networked these designs to fashion designers and magazine editors, eventually catching the attention of the iconic fashion designer Halston. Once Halston (and later on other fashion designers) made tie-dye fashion popular once more, both celebrities and consumers started using Rit for affordable designing. Today, Rit continues to sell for both everyday dye purposes as well as the withstanding tie-dye designs still used today.

The tie-dye trend died once more in the ‘70s but made a comeback in the fashion industry during the ‘80s, though DIY tie-dyes were not as popular anymore. Because of technological advancements, dyes were made that were more resistant to fading and maintained its color despite the everyday wear and tear. There were also more dyes added to the market, featuring new shades that weren’t originally in the market.

More tech also made it easier to produce tie-dye products. While it allowed companies to make identical tie-dye shirts, it ruined one of the unique selling points of tie-dyes which were that no two shirts were totally the same.

Today, tie-dye shirts are still a part of all cultures. In the east, Asian countries have their intricate designs that boast control and labor-intensive practices that produce high-quality materials. In Africa, their vibrant tie-dyes represent a part of their culture and the symbols related to their location’s own personal identity. And in the western countries, tie-dyes are a symbol of individualism and the fighting spirit of people innovating and braving through harsh times.

Not merely just a design, the tie-dye techniques are full of history. Whether you buy on in your local department store or design a tie-dye on your own, the colors and designs actually tell a story about the technique’s origins and how it survived after years of going in and out of style.